Robert Beck grew up in Bucks County, Pennsylvania, an area known for its artistic and cultural heritage. Beck left a career in the business world at the age of 40 to pursue painting, and 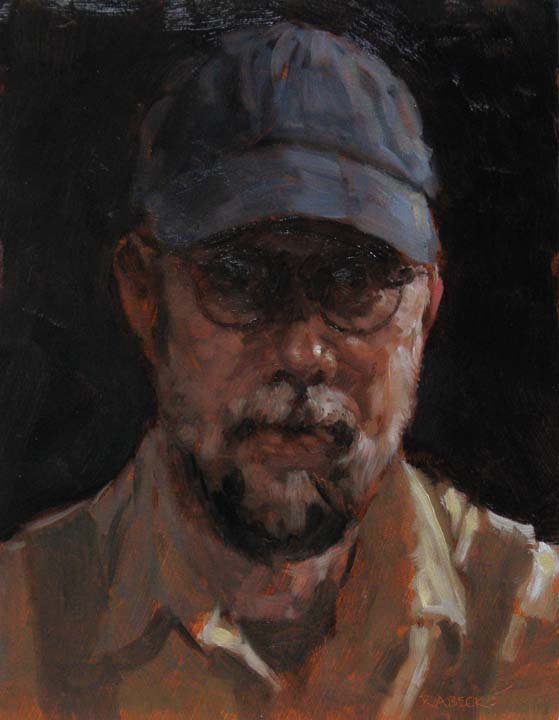 subsequently attended the Pennsylvania Academy of the Fine Arts in Philadelphia. He maintains a studio and gallery of his work in Solebury, PA.

Robert Beck’s paintings have been the subject of three in-depth museum exhibitions: the James A. Michener Art Museum (1999), the City of Trenton Museum at Ellarslie (2007) and the Maine Maritime Museum (2016).

His paintings have been included in invitational exhibitions at the Museum of the Shenandoah Valley (Second Time Around, 2014), the James A Michener Museum (Local Theater Makes Good, 2014; River Painters, 2008), New Hope Arts (Continuum, 2012), The Gratz Gallery (Then And Now, 2010), Stephen Friedman Gallery, London (American Artists, 2006), The Phillips Mill 75th Anniversary Retrospective (2004), and the Pennsylvania Academy of the Fine Arts (The Unbroken Line, 1997).

Robert Beck’s work has been presented in 31 solo gallery exhibitions, including the National Arts Club (New York), the RosenfeldGallery (Philadelphia), the  Morpeth Gallery (Pennington and Hopewell, New Jersey), and the Gallery of Robert Beck. His paintings have been accepted into more than 50 juried exhibitions.

Beck has received 31 significant painting awards, was a finalist for the Pew Fellowship in 2000, and in 2014 was awarded the PSC Medal for Excellence and Contribution to the Arts by the Philadelphia Sketch Club, the oldest arts club in America.  He was the Phillips Mill Community Association's Honored Artist in 2017.

Robert Beck is a teacher, a curator, a lecturer and a writer, and he has hosted a radio interview program. His column on his art-related experiences, “A Thousand Words”, has appeared monthly in ICON Magazine for more than a decade.

The focus of Beck’s work has evolved from figure, to landscape, to genre paintings done from life and studio paintings composed from sketches and imagination. His subjects vary, but the common thread in all of his images is viewpoint: the description of his encounter. Concentrating on events, occupations and environments, Beck’s paintings are a chronicle of our time.

Robert Beck is known for painting in series – multiple images addressing diverse aspects of the same subject. These “visual essays” include work created while traveling the Mississippi River on a towboat pushing barges, amidst a symphony orchestra during its performances, with a racing team in Europe, and traveling with doctors in Senegal. His paintings depicting life in the Maine Maritime community are his largest body of work with a single focus.

Robert Beck lives with his wife, Doreen, in Solebury, Pennsylvania.